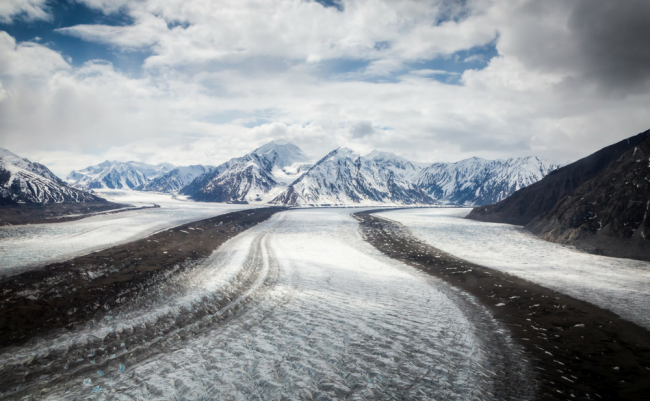 Obedience is Better Than Sacrifice

Stay Close to God Through Obedience

The Death of Saul and His Sons

The Philistines were fighting against Israel, and each soldier of Israel fled before the Philistines. They fell slain on the mountain of Gilboa. The Philistines followed after Saul and after his sons, and the Philistines struck down Jonathan, Abinadab, and Malchi-shua, Saul’s sons.  The heaviest fighting was against Saul and when the archers who were shooting located Saul, he was gravely wounded by them.

Saul ordered his armor bearer, “Draw your sword and run me through with it, or these uncircumcised people will come and abuse me.”

But his armor bearer did not want to do it because he was very frightened, so Saul took the sword and fell on it. When his armor bearer saw that Saul was dead, he also fell on his sword and died. Therefore Saul, his three sons, and all his entire household died together. When that part of the army  of Israel that was in the valley saw that the rest of the army of Israel had fled and that Saul and his sons were dead, they abandoned their cities and fled, and the Philistines came and occupied them.

The Philistines came to strip the dead the next day, and they found Saul dead on Gilboa mountain, along with his sons. They stripped him, took his head and armor, and sent messengers throughout the territory of the Philistines to report the news to their idols and to the people.  Then they put Saul’s  armor in the temple of their gods and fastened his skull to the wall of  the temple of Dagon.

The People of Jabesh-gilead Give Saul a Proper Burial

When all the residents of Jabesh-gilead heard everything that the Philistines had done to Saul,  every valiant soldier  got up, removed the bodies of Saul and his sons, took them to Jabesh, and buried their bones under the tamarisk  tree in Jabesh. Then they fasted for seven days. So Saul died for his transgressions; that is, he acted unfaithfully to the Lord by transgressing the message from the Lord (which he did not keep), by consulting a medium for advice,  and by not seeking counsel from the Lord, who therefore put him to death and turned the kingdom over to Jesse’s son David. 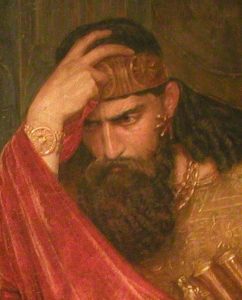 King Saul had abandoned God, so he was without God’s resources when he engaged the Philistines. Israel was defeated and the Israeli soldiers fled from the battlefield, abandoning king Saul and his sons. The enemy caught and killed the three of Saul’s sons that were in the battle.

And Ner begat Kish; and Kish begat Saul; and Saul begat Jonathan, and Malchishua, and Abinadab, and Eshbaal.  (Chronicles 9:39)

As the battle turned against Saul, the Philistine archers wounded the king of Israel so he could not flee. Saul sought refuge from torture at the hands of the Philistines in death. His armor bearer could not raise his hand against the anointed king, despite the fact that killing Saul was a grisly part of his duty, in this extremity. Therefore, Saul placed the hilt of his sword securely into the ground, his scale breastplate, and then fell upon his sword. This either killed him outright or mortally wounded him so that he died before the Philistines could reach him.

Had the armorbearer fled upon Saul’s death, he would be accused of abandoning his chief and lived in dishonor. Instead, he chose to die alongside his lord king.

Saul’s Heir to the Throne

“All his house” would normally mean that his line was terminated. However, that was not the case, since Ishbosheth survived to be declared king. Eshbaal (meaning “man of Baal or an epithet for יהוה, i.e. Lord or Master) was renamed Ishbosheth (meaning “man of shame”). Because he was not in the battle, he may have been too young, or as his renaming implies he was a coward and refused to go into battle.

I assume this means that all Saul’s sons that were in the battle were slain.

Knowing that the Philistines would have no further resistance all the Israeli people living in the vicinity became refugees, fleeing the conquered territory with what they could carry.

The battle had lasted until late in the day. The Philistine army likely went into the abandoned villages nearby and celebrated with the spoil. The next morning, they went back to the battlefield to strip the bodies of all that had value. They discovered the bodies of the Israeli king, Saul, and his sons. Again, they celebrated. As trophies of war, they took Saul’s armor and beheaded Saul.

They sent the grisly trophy through the cities to proclaim their victory over Israel. They placed Saul’s armor in their temple in honor of their nothingnesses. 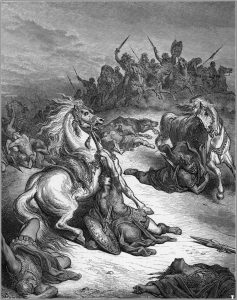 The tragic death of King Saul of Israel portrayed by Gustave Dore’.

In 1 Samuel 31:10 it gives an alternative version. Instead of placing Saul’s head in the temple of Dagon,

And they put his armor in the house of the Ashtaroth; and they fastened his body to the wall of Beth-shan.   (1 Samuel 31:10)

The People of Jabesh-Gilead Give Saul a Proper Burial

When the residents of Jabesh-gilead heard what[a] the Philistines had done to Saul, every valiant soldier[b] got up, traveled all night, and removed Saul’s body and the bodies of his sons from the wall of Beth-shan. Then they went to Jabesh and cremated the bodies[c] there. They took their bones, buried them under the tamarisk tree in Jabesh, and fasted for seven days.  (1 Samuel 31:11-13)

Consider the dedication of these men. They did not want the bodies of Saul and his sons desecrated, displayed as war trophies. The wanted to honor these men by respectfully disposing of their bodies.

Their heroism was magnificent, sneaking into the enemy’s city and into the temple of their nothingness and sequestering the bodies of four men, carrying them out of Beth-shan to Jabesh-Gilead, ca. 15 miles; round trip 30 miles. That meant ca. 3 hours running one way and ca. 5 hours walking back carrying the bodies.

Now he waited seven days, according to the appointed time set by Samuel, but Samuel did not come to Gilgal; and the people were scattering from him. And Saul said, Bring hither the burnt-offering to me, and the peace-offerings. And he offered the burnt-offering.   (1 Samuel 13:8-9)

And Samuel said to Saul, Thou hast done foolishly; thou hast not kept the commandment of Jehovah thy God, which he commanded thee: for now would Jehovah have established thy kingdom upon Israel for ever. But now thy kingdom shall not continue: Jehovah hath sought him a man after his own heart, and Jehovah hath appointed him to be prince over his people because thou hast not kept that which Jehovah commanded thee.   (I Samuel 13:13-14)

Now go and smite Amalek, andutterly destroy all that they have, and spare them not; but slay both man and woman, infant and suckling, ox and sheep, camel and ass.   (1 Samuel 15:3)

But Saul and the people spared Agag, and the best of the sheep, and of the oxen, and of the fatlings, and the lambs, and all that was good, and would not utterly destroy them: but everything that was vile and refuse, that they destroyed utterly.   (I Samuel 15:9)

And Samuel said to Saul, Why hast thou disquieted me, to bring me up? And Saul answered, I am sore distressed; for the Philistines make war against me, and God is departed from me, and answereth me no more, neither by prophets, nor by dreams: therefore I have called thee, that thou mayest make known unto me what I shall do.16 And Samuel said, Wherefore then dost thou ask of me, seeing Jehovah is departed from thee, and is become thine adversary?   (1 Samuel 28:15-16)

God removed His hand of blessing from Saul, so he was at the mercies of his enemy, the Philistines… who had no mercy.

We must quell our urges to control the events in our lives. Instead, we must defer to Almighty God and seek the guidance of the Holy Spirit.

In so doing, we can walk with confidence through all the troubles of this life and live at peace, when all the world around us is confusedly going to “hell in a handbasket”.

A significant part of worship is obedience to God when we are not worshiping!