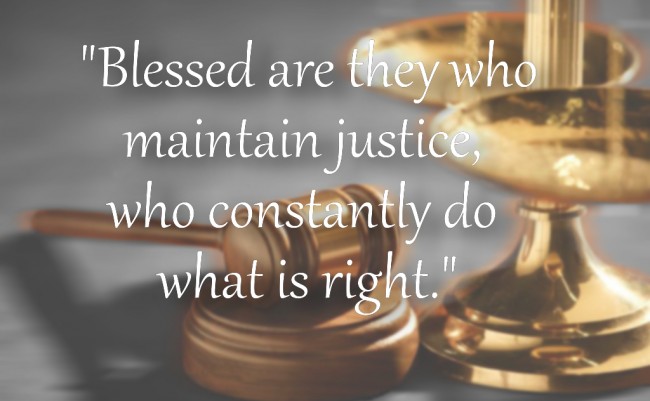 In the last several years, the homosexual lobby has been vociferously advocating for general recognition of homosexual unions as legal marriages. They have not been satisfied with their recognition under the various jurisdictions’ laws protecting “Same-sex Unions”.

The unspoken purpose is to breakdown the morality of our nation by attacking and redefining the basic unit of society. Several decades ago homosexuals stated all they wanted was to change the laws to eliminate the illegality of homosexuality. They got that.

Then all they wanted was protection under the law as a minority and thus obtaining special status. Having convinced the courts that they are special, they began to pressure States to recognize “Same-Sex Unions” so they could legitimately inherit and share pension and life insurance benefits. Not content with all these governmental protections, now they want to demean the legitimacy of marriage by requiring that the time-honored term be applied to their relationships.

Court after court has violated the peoples’ voting rights by overturning their decisions. The courts of our land have usurped not only the legislatures in our nation, but also the people. Our nation is a nation of laws. However those laws are promulgated by the people and the people’s duly elected representatives.

Unhappily, to hasten the legitimate rights of racial minorities, courts in the 1960s overstepped their authority and legislated from the bench. They required cities, counties and states to comply with court orders, essentially legislating from the bench. This precedence was accepted at the time out of sympathy for the misused minorities.

By so doing America has sown a wind and reaped a whirlwind. Courts routinely pass laws by court order and strike down laws legitimately passed by the people. Tragic for our nation of laws, the political biases of the justices reinterpret the plain language of our U.S. Constitution and State Constitutions to mean whatever the political bent of the judge thinks it should mean.

Furthering the problem is the appointment of judges who no longer believe in Judeo-Christian morality. Not having a basis in God’s Laws, they adopt the current politically correct view and adjucate accordingly.

Our U. S. Constitution and all 50 State constitutions are rooted in the understanding of inalienable rights God has given to the People. From those rights and from the people come the rights and responsibilities of all governing bodies – executive, legislative and judicial.

The corrupted culture is turning our historic culture upside down. Government is claiming more authority over the people. It is disregarding God and the people. We have increasing evidence that those in leadership even disregard laws that are inconvenient to their governing philosophy. With no one holding these judges and officials to account, they continue to expand their grasp on power. At the present time homosexuals are the darlings of the courts and so their demands are continually upheld.

Marriage has been the basic unit of society since the beginning of Creation. God ordained that a man and a woman form a family.

“That’s why a man will leave his father and mother and be joined to his wife. The two of them will become one.” (Genesis 2:24).

“And God created man in his own image, in the image of God created he him; male and female created he them. And God blessed them: and God said unto them, Be fruitful, and multiply, and replenish the earth, and subdue it; and have dominion over the fish of the sea, and over the birds of the heavens, and over every living thing that moveth upon the earth.” (Genesis 1:27-28)

Man and woman can and do conceive and bear children. In so doing, they advance societies and grow nations. The stable monogamous family gives a healthy environment for children to learn what it means to be contributing members of society and thereby advance the culture in a healthy manner. The give and take between a husband and a wife demonstrate to the children a number of significant characteristics. They show how two different personalities work together to build a life that is responsible, caring and mutually respectful. Boys learn from their mothers how to live with a woman. Girls learn from their fathers how a man should treat a woman. Children growing up in healthy families learn to respect authority as well as develop a strong self image.

So many characteristics that are important to nation building come from a healthy father and mother family – trust, honesty, reliability, listening to others, respect for others, sacrifice of self for the betterment of others, to name but a few.

Most of the important building blocks of a healthy culture are missing from single parent families and from in homosexual families. Without the God-given balance of male-female parenting the family is missing some “genes”, so the growth process is corrupted and the result in the long run (perhaps not so long run) is breakdowns in culture.

There is one true resolution to the impending fatal breakdown in American culture – Jesus. We are not yet at the point of no return. When God was planning to destroy Sodom and Gomorrah for their unbridled sin He discussed it with Abraham (Genesis 18), Abraham asked the Almighty if He would spare he cities if ten righteous men could be found in them.

America has at this point many more, who pray for our Nation. God’s hand of judgment is stayed right now, but as a Damocles’ Sword it is still poised. We can recapture our “Most Favored Nation” status by reclaiming God’s law as the basis of our Laws.  Believers acting out their Faith as did Daniel in a pagan nation and court, by constant prayer will be instrumental in turning America around. Our appeal is to God, the Almighty, to Jesus the Creator and Judge, to the Holy Spirit the convincer of sin and inspirer of faithful following of Jesus Christ.