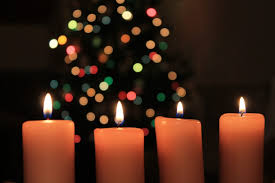 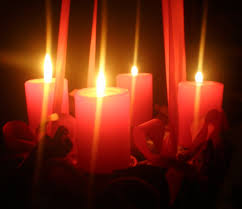 This is the season when Christians look forward to the birth of Jesus the God/man. Born a baby in the natural way, this child grew up to be a powerful preacher and miracle worker. He was fully man and operated in the power of Almighty God. He was fully God and participated in human life because he was a limited man. Through his life He did not sin; therefore, He was the perfect sacrifice for the sin of mankind. This God/man was tortured and killed, amazingly at the command of God. The ultimate purpose of the baby born in a Bethlehem manger was to be the perfect atonement for your sins and mine.

The Birth of Jesus 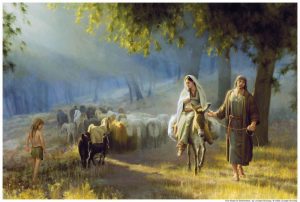 In those days Caesar Augustus issued a decree that a census should be taken of the entire Roman world. (This was the first census that took place while Quirinius was governor of Syria.) And everyone went to their own town to register.

So Joseph also went up from the town of Nazareth in Galilee to Judea, to Bethlehem the town of David, because he belonged to the house and line of David. He went there to register with Mary, who was pledged to be married to him and was expecting a child. While they were there, the time came for the baby to be born, and she gave birth to her firstborn, a son. She wrapped him in cloths and placed him in a manger, because there was no guest room available for them. 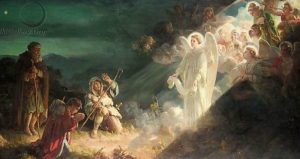 And there were shepherds living out in the fields nearby, keeping watch over their flocks at night. An angel of the Lord appeared to them, and the glory of the Lord shone around them, and they were terrified. But the angel said to them, “Do not be afraid. I bring you good news that will cause great joy for all the people. Today in the town of David a Savior has been born to you; he is the Messiah, the Lord. This will be a sign to you: You will find a baby wrapped in cloths and lying in a manger.”

Suddenly a great company of the heavenly host appeared with the angel, praising God and saying,

“Glory to God in the highest heaven, and on earth peace to those on whom his favor rests.”

When the angels had left them and gone into heaven, the shepherds said to one another, “Let’s go to Bethlehem and see this thing that has happened, which the Lord has told us about.” 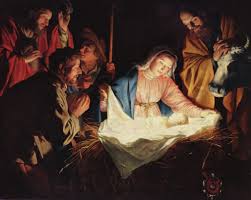 So they hurried off and found Mary and Joseph, and the baby, who was lying in the manger. When they had seen him, they spread the word concerning what had been told them about this child, and all who heard it were amazed at what the shepherds said to them. But Mary treasured up all these things and pondered them in her heart. The shepherds returned, glorifying and praising God for all the things they had heard and seen, which were just as they had been told.    (Luke 2:1-20)

For believers, this is the best of good news; there we celebrate his birth starting just after Thanksgiving. For the four Sundays before Christmas Day, December 25th we celebrate Advent. This is the anticipation of His coming into the world.  The advent of Jesus the Christ, Emanuel = “God with us”. 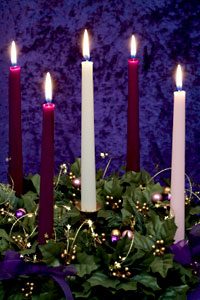 One of the traditions is to set out an Advent Wreath.  There are many styles of the wreath.  Nearly all of them include a ring of evergreen boughs and candles.  Christians have adopted the evergreen tree as a symbol of the Christian faith in everlasting life.  The candle with its burning wick symbolizes the light of Christ that came into this dark world.

The style of wreath I favor is the ring of four candles – three purple and one pink, and then as a pièce de résistance on Christmas Day a large, white candle set in the center.

Each candle is symbolic of something or someone.  The meanings I favor are: 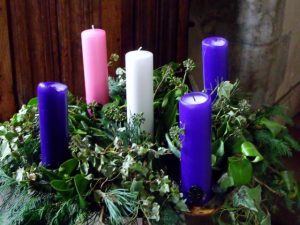