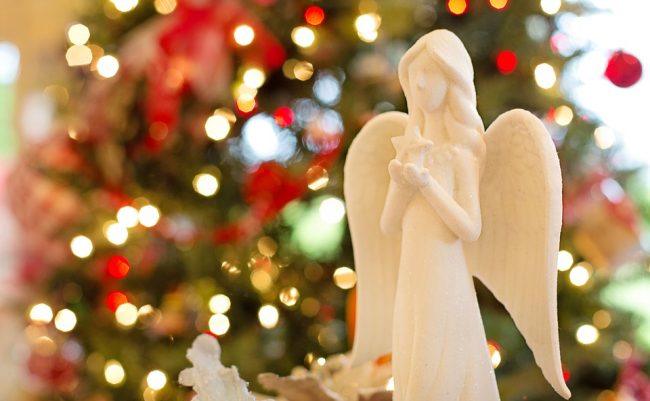 Be not afraid; for behold, I bring you good tidings of great joy which shall be to all the people: for there is born to you this day in the city of David a Saviour, who is Christ the Lord   And this is the sign unto you: Ye shall find a babe wrapped in swaddling clothes, and lying in a manger.   (Luke 2:10-12) 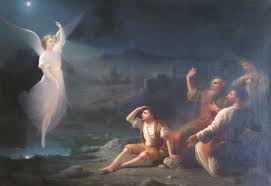 There was no warning. It was a dark night with only the faint light of the stars. The shepherds on the Bethlehem plain were routinely watching their sleeping sheep. All was at peace, so the shepherds were beginning to drowse.

Suddenly the Sky burst bright with holy light. There in the sky was an angel, glorious in brilliance. Startled out of near sleep the shepherds were stricken with fear. They cowered in terror.

But the angel declared,

Be not afraid; for behold, I bring you good tidings of great joy which shall be to all the people: for there is born to you this day in the city of David a Saviour, who is Christ the Lord. And this is the sign unto you: Ye shall find a babe wrapped in swaddling clothes, and lying in a manger.   (Luke 2:10-12)

Miraculously, the terror bled out of the shepherds’ hearts, and they were left in holy awe at the majestic angel. Perhaps this was the Archangel Gabriel, who brought the news to Mary that God would conceive in her the Messiah.
The angel said he had good tidings. The Shepherds began to be excited.

He said the news would give them great joy. Their anticipation increased.

He said the joy would be for all people. Likely, the Jewish shepherds interpreted “all people” to mean the Jews. But the angel was speaking to encompass all the world’s people.

He announced that the Messiah was being born. This was exceeding great news to the shepherds. As Jews, it was the answer to the fervent desire of faithful Jewish hearts. The Messiah was the long-awaited deliver of the Jews from bondage.

The Messiah had first been promised to Moses,

And Jehovah said unto me, They have well said that which they have spoken. I will raise them up a prophet from among their brethren, like unto thee; and I will put my words in his mouth, and he shall speak unto them all that I shall command him. And it shall come to pass, that whosoever will not hearken unto my words which he shall speak in my name, I will require it of him.    (Deuteronomy 18:17-19). 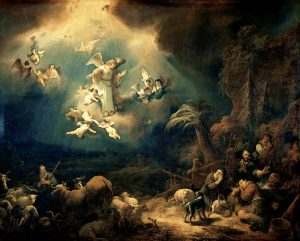 For unto us a child is born, unto us a son is given; and the government shall be upon his shoulder: and his name shall be called Wonderful, Counselor, Mighty God, Everlasting Father, Prince of Peace.  Of the increase of his government and of peace there shall be no end, upon the throne of David, and upon his kingdom, to establish it, and to uphold it with justice and with righteousness from henceforth even for ever. The zeal of Jehovah of hosts will perform this.”  (Isaiah 9:6-7)

The Announcement by the solitary angel concluded with a sign, the proof of the truth of the announcement.

With the close of the announcement, again without warning,

And suddenly there was with the angel a multitude of the heavenly host praising God, and saying, 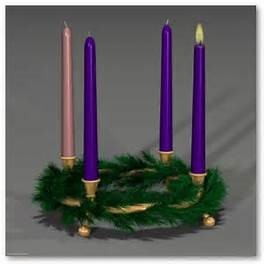 We should contemplate the message that the Angels delivered.  We are two millennia past the first Advent of the Messiah, but we have another Advent coming.  We should have our hearts tuned to the Second Coming, when Jesus our Lord will come to deliver us from this fallen world and transform the world by his righteous reign.

To the glory of God, our Father; Amen.